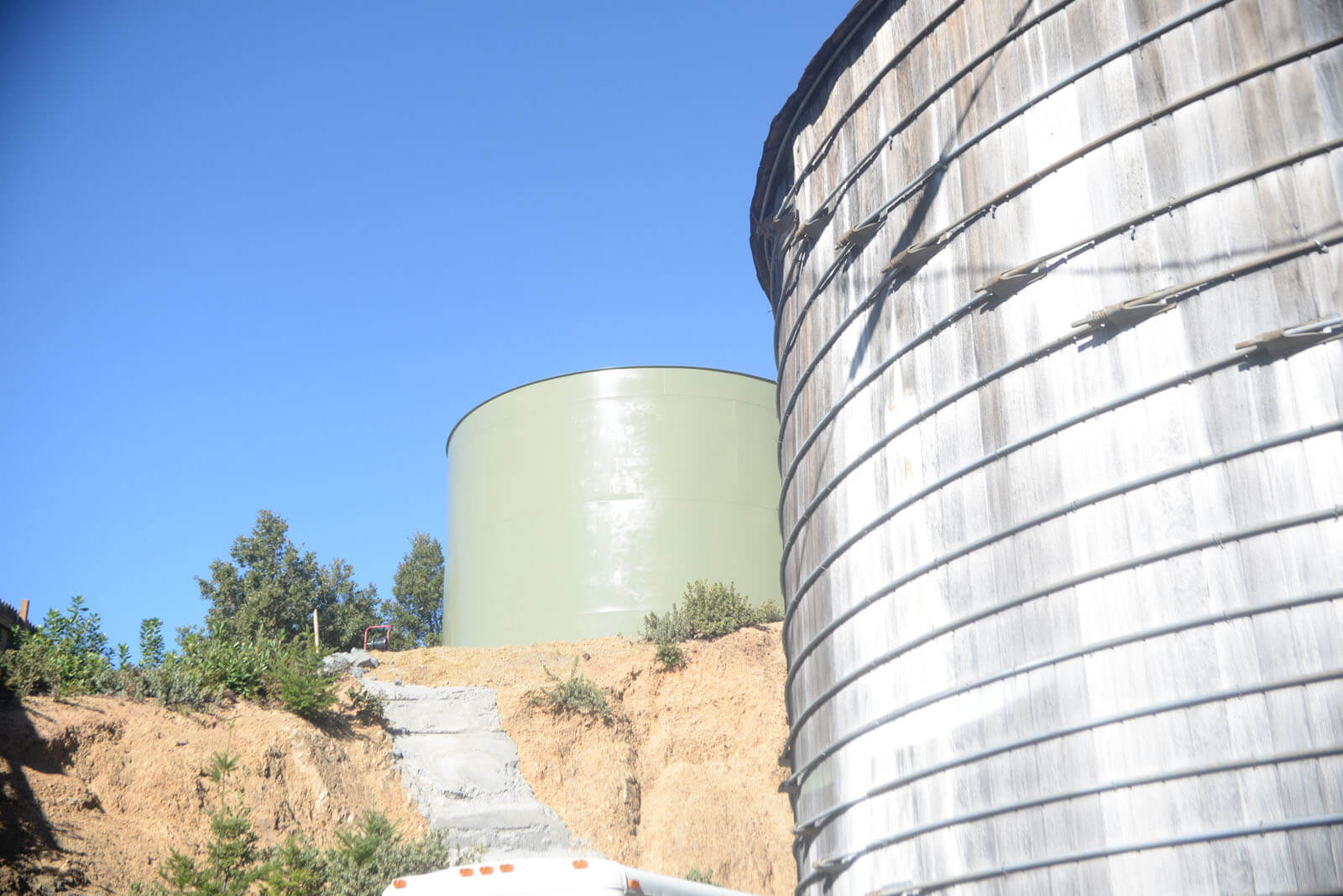 Resort Improvement District 1(RID 1) retained LACO to prepare a Preliminary Engineering Report (PER) addressing the feasibility of replacing seven water storage tanks in various states of disrepair. LACO prepared a PER in accordance with the US Department of Agriculture (USDA) Rural Development PER Guidelines. The PER explained the need for the tank replacements, estimated project and operating costs, evaluated possible alternatives, established a project schedule, defined permit requirements, and included sustainability considerations.

LACO evaluated conditions of the existing water distribution network as well as the system’s history and established the project jurisdiction by analyzing health, sanitation, security, and aging infrastructure problems along with an analysis of the area’s expected population growth.

LACO developed three alternatives for each of the tank sites: no action, repair, and replace. We evaluated three tank types (bolted steel, glass-fused bolted steel, and welded) under the Replace Alternative for cost-effectiveness, maintenance requirements, and overall life expectancy.

Following a thorough analysis, RID 1 decided to replace the existing tanks with welded steel tanks due to RID’s familiarity with this tank type. In addition, LACO examined the costs for the project which totaled $4,963,535 including $3,002,650 for construction, $889,900 for engineering services, $301,000 for mobilization/demobilization, and a 25% contingency.

LACO’s planning team prepared an Initial Study documenting potential environmental impacts associated with replacing up to seven water storage tanks at separate locations. The document included responses to 88 standard questions about the potential level of environmental impact of the project, pertaining to the environmental categories listed in the Initial Study checklist. LACO submitted a search request to the North West Information Center for cultural resource review and consulted with agencies as needed.

Based on the findings in the NEPA and CEQA documents, LACO identified significant impacts to the environmental resources around the tanks and recommended mitigation measures.

With LACO’s assistance, RID 1 was awarded grant funding under Proposition 84 for the engineering design phase.

Send Us A Message

A Message from our President
"You are important, your project matters, and this is what LACO is doing..."